Please join us for our Fall Fundraiser, this year on zoom due to COVID-19! Still featuring networking, an update about NHPA’s work, opportunities for you to support NHPA, and an inspiring program: Stories of Peace & Change.  We’ve got a great evening lined up for you, even if you can’t have Will’s famous ribs!

During this evening’s program, we will take the opportunity to raise funds for our NHPA work. Along the way, we’ll offer prizes, and attendees may even see their dollars matched ON THE SPOT! Join us to grow peace in real time. We know it’s a tough time, and we couldn’t be more motivated to be wise stewards of the financial trust you place in us.

We’ll start the evening off with “Virtual Cocktails” at 5:30. Once you join the meeting, you’ll enter one of the breakout rooms (You can sponsor a room and name it!) with other activists from around the state. Get to know someone new. You can even have your libations AND wear your fuzzy bunny slippers!

Our program for the evening will be Stories of Peace and Change.  We bring you voices from our community of activists sharing true stories of their work to create a better world. In good times and in bad, our stories inspire, uplift, and connect us. These NH storytellers bring us hope from each of their personal journeys to carry us through our current painful social landscape.

Our lineup of storytellers:

Safiy Wazir: “From Afghanistan to NH’s Work Force and State House”.  Safiya shares her experience at 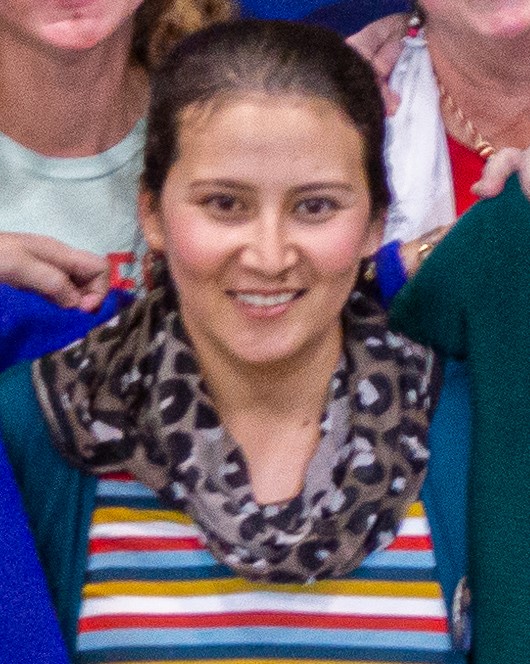 the NH State House and her path to get there. Earning votes and the office of state representative is not given but follows years of hard work, including mistakes.

Safiya shares the empathy she gained for the worker along the way from her own work at retail stores to offices to the State House.

Safiya is an Afghan-American community activist and a Democratic member of the New Hampshire House of Representatives. Wazir and her family left Baghlan Province in Afghanistan during her childhood, and spent ten years in Uzbekistan before immigrating to NH. Wazir is the first former refugee to serve in the New Hampshire State House.

William Maddocks: “Cesar’s Podium”. In the 70’s I was a boycott organizer for the United Farmworkers

movement. Our leader, Cesar Chavez, was coming to speak at a big rally in San Francisco and I was in charge of event logistics, including finding a proper podium for Cesar to stand and deliver his speech. That proved to be no small task, but despite the odds, Cesar spoke at a proper podium and my life of activism was launched!

Bill Maddocks has been involved in community economic development work for the past thirty years most recently at the Carsey School of Public Policy at UNH. Bill has also worked as a hard rock gold miner, electronics and mining industry health organizer and United Farmworkers Union boycott organizer, He has been active in peace, civil rights, environmental justice, anti-war and labor movement struggles. Bill is married to Lin Illingworth and is the dog dad of a wonderful rescue dog named Liddy.

in the legislature. When Lisa arrived in Concord, it didn’t take her long to discover how important it was that she was showing up as a representative not just of the town of Exeter, but of New Hampshire’s gender-variant citizens.

Lisa works full time as an author in Exeter, where she lives with her wife, Dawn Huebner. Her second novel, Zenobia July, about a trans girl getting to live as a girl for the first time in a new family and school (and solving cyber mysteries) came out from Viking last year. She is currently serving her first term in the NH House of Representatives. 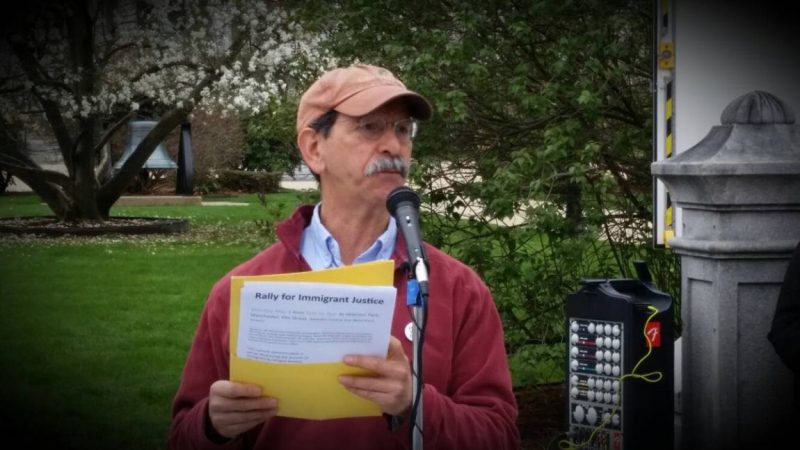 last year, Arnie Alpert reflected on nearly 35 years of work to end state-sponsored executions. In his story, he’ll talk about the long arc of change and what he learned along the way.

Arnie Alpert recently retired after nearly 39 years with the American Friends Service Committee’s NH Program. He was a founding member of the NH Coalition to Abolish the Death Penalty and served on its board for many years.

Tickets are just $20 and $10 for students and limited income.